Home prices in Vancouver continue their ascent a year after the BC government imposed a foreign-homebuyer tax on the metro area a year ago, and it has a lot to do with an insufficient supply of housing, TD Bank observes.
“We don’t anticipate a significant drop in home prices in any way. Interest rates are going up but they’re going up very gradually, and really what matters is the supply-demand balance of home price,” Diana Petramala, TD Bank economist, tells BuzzBuzzNews.
For the full story click HERE

Posted by Vancouver Realtor at 08:55 No comments:

Vancouver Holds On in World’s Top 3 Most Liveable Cities

Despite its points sliding slightly, Vancouver has held onto its third-place ranking for the seventh consecutive year in what is arguably the most-respected global liveable cities chart.
The Economist Intelligence Unit (EIU) placed Vancouver third under Melbourne, Australia and Vienna, Austria. Toronto came in fourth place, just a hair behind Vancouver in points, whereas in previous years Vancouver enjoyed a bigger lead over Toronto. Calgary was in joint fifth place with Adelaide, Australia.
FULL STORY CLICK HERE

Posted by Vancouver Realtor at 23:03 No comments:

B.C. tenants are about to get hit with the largest rent increases allowed in five years

Every year, the B.C. Residential Tenancy Branch sets the maximum allowable percentage by which landlords are legally permitted to increase rents.
Because there is an acute housing shortage in Vancouver, it means that that percentage is the exact amount by which most landlords do raise rents.
Yesterday (August 23), the Residential Tenancy Branch revealed this number for the year ahead, and it’s a big one.
In 2018, landlords are permitted to increase rents in B.C. by four percent.
CLICK HERE FOR THE FULL STORY

Posted by Vancouver Realtor at 22:35 No comments:

From the moment Carmen walked into our suite she shared our enthusiasm and excitement. Carmen understood our needs and worked tirelessly bringing potential buyers through our Vancouver condo.

A few tense moments, and sellers’ anxiety, but Carmen was able to quell the nerves. A few weeks later we were in the notary’s office signing the sales papers and happily moving on with the next phase of our lives.

Jeff & Trina
Posted by Vancouver Realtor at 19:36 No comments:

THANK YOU FOR THIS GREAT TESTIMONIAL..... ANOTHER HAPPY CLIENT!

There are stellar, professional real estate agents and then there is Carmen. We have bought several investment properties with Carmen's help and she is always available, always willing to put in the extra effort and take us the full journey from presenting a successful offer to being there til the day we take possession and our first renters enter the premise. The energy, patience and willingness to help, and always with a smile, is very much appreciated. Carmen is our real estate agent for life. Look no further, Carmen is here.  - TC
Posted by Vancouver Realtor at 17:12 No comments:

Posted by Vancouver Realtor at 20:41 No comments:

The loonie just crashed below 71 cents 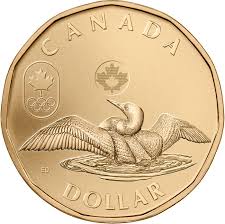 The Canadian dollar slid briefly below the 71-cent mark on Wednesday morning, a value not seen since the early days of 2003.
To put that into perspective, Finding Nemo was still in movie theatres and Jean Chrétien was the Prime Minister.
The renewed pressure is coming from – what else – sliding oil prices, which have directly fed into the loonie’s 23 per cent fall against the U.S. dollar since January 2014. Oil was down more than 3 per cent Wednesday morning, to $34.83 a barrel (U.S.).

The loonie hit 70.90 cents U.S. shortly after 8 a.m. EST before recovering to a shade above 71 cents. Experts suggest the Canadian dollar is poised to remain under pressure.Lower oil prices are being blamed on weak Chinese economic data released this week, which could add to a global supply glut that’s responsible for crude’s sharp collapse.
“The Canadian dollar is liable to weaken further in 2016,” Scotiabank experts said this week, “although a lot of bad news is already factored into the exchange rate.”
READ MORE: ‘The plunging loonie is juicing food costs’
A dicey domestic economy that’s being battered by a broader downturn for basic commodities because of weakening demand abroad (namely from China) is also weighing on the currency, Scotia said in an updated forecast.
“Low oil prices and sluggish domestic growth will count against the CAD in the coming year.”
The bank’s experts suggest the loonie may bottom out at between 69 cents through 2016.

Posted by Vancouver Realtor at 19:03 No comments: